Five months, trapped on a ship, tossed back and forth on stormy ocean swells, and all you can do is lie flat on your back. Sounds miserable. But hard to really understand unless you’ve actually been through the experience.

That’s how Larry (who in real life is actually a woman…and not really named Larry) first described to me how life had been for him for the last half of a year. One night he just falls asleep on the couch, and the next day wakes up unable to walk a straight line. He goes to the medical doctor who prescribes medication that fails to have any effect, which leads to visits to specialists for tests that lead to more tests and an eventual naming ceremony for his problems: structural vertigo. After a number of failed attempts to address the vertigo through various prescribed therapies, Larry ends up in my office describing his life at sea.

Fast forward several weeks to another conversation between Larry and myself. At this point his correction has been pretty stable, and the vertigo has all but disappeared. He ask the question that just about any NUCCA practitioner will tell you comes up regularly: “Why didn’t any of the doctors I saw mention this type of treatment?!”

Working in the healthcare field you eventually start to recognize the undeclared borders that seem to exist between different practitioners. It’s unfortunate, and it’s not good for patients, but it does exist. Some of it’s due to ignorance, some to habit, but ultimately it comes down to the different perspectives–or maybe philosophies–that practitioners have on health and disease and healthcare in general.

It’s not always easy to define the differences between these opposing ideologies. When it comes to the type of care I provide in my office, it’s obvious that the NUCCA approach views 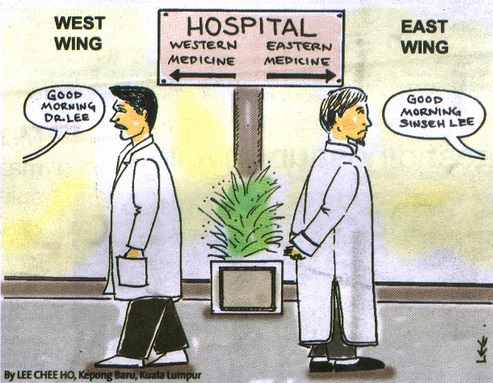 health and disease through a different lens than most medical approaches. And the truth is that both approaches are appropriate in certain situations, and neither approach is appropriate for all situations.

While medicine tends to think of our pain and other symptoms as targets that need to be found and eliminated, in reality this perspective runs counter to what’s often taking place in the patient’s body.

In practice, the effect of targeting symptoms merely results in a further loss of normal function. For example,

Which is not to say that the medical approach isn’t valid. In emergency and crisis care situations this approach is often the only way to reverse life-threatening conditions and prevent the loss of life and extreme suffering.

NUCCA’s approach to healthcare differs in that the focus is shifted from targeting individual symptoms to restoring normal function. In the presence of normal function, symptoms cease to exist. This is the optimal way to address healthcare, and I think it makes sense to approach health problems from this perspective before resorting to riskier and more invasive options.

It might be easiest to say that the medical approach attempts to eliminate disease, while NUCCA’s approach seeks to restore health. At first glance the two might just seem to be different sides of the same coin–a simple matter of semantics. In practice however, the effect of truly restoring one’s health results in genuine well-being, while the alternative often leads to a host of complications and disappointment.